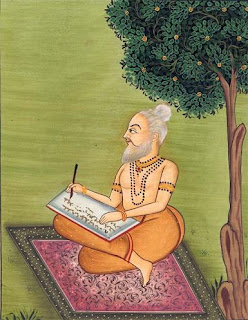 The saying suggests that after uttering this statement of his, bewildered Maharshi Valmiki tried to reconfirm from his disciple, the great Rishi Bharadwaj, whether he had really spoken those words.

“Did you just hear that, Bharadwaj?” He asked him with surprise.

“I have just pronounced something that is sequenced in Eight by Eight letters and it has Four equal receptions making it a thirty two letters poetic recital.” He explained himself, unbelievably. Rishi Bharadwaj was too stupefied to say anything.

Leaving mythology behind, he later termed this sequence of poetic meter as “Shloka”, and thus the first shloka came into Sanskrit literature.

Interestingly, this first shloka had nothing to do with ‘Ramayana’ as these were curse words from Maharshi Valmiki. He had cursed the hunter which had killed a bird called (at that time) ‘Kraunch’ but ironically later on this became the beginning point or prelude to ‘Ramayana’ and so at times it is assigned to be the first shloka.

To begin with, this curse literally meant “Oh Hunter! May you not get respect for eons for you killed one unsuspecting ‘Kraunch’ from the pair when they were excited making love with one other.” This curse had come out inadvertently in anger when he saw that happening in front of him while taking his bath in ‘Tamasaa’ river.

To continue with it, this statement of anger had a far - fetched meaning; as one of the incarnation of Shiva was planned (according to Mythology) as ‘Vyadha’ which is synonym to ‘Nishada’.

“How could I do this? How could I involve Shiva in all this when he is having nothing to do with it?” He thought later.

The importance of words and their play is meticulously and flawlessly depicted in what he did next. I am again reiterating, mythology apart and when I am writing this I mean leaving the sayings of ‘Lord Brahma’s’ and ‘Devarshi Narada’s’ appearance at the scene to control the damage that had happened.

“’Ma’ didn’t this mean ‘Goddess Lakshami, ‘the symbolic of Mahalakshami’? He was in monologue.

“‘Nishada’ …. ‘Nishada’! One who is abode?” He continued his monologue.

“‘Pratistham Tvamagamahsāsvati Samaa’, your glory be for ever!” He quipped and smiled and a new literal meaning of this ‘Shloka’ was generated simply by moving the punctuation and exclamation marks.

This is the beauty of Sanskrit language which is free moving and is without any restriction of sentence formation. The subject, predicate, object, nouns, pronouns, verbs, conjunctions, interjections, et al are all free moving; and with every permutation and combination it is a meaningful sentence which conveys the same meaning.

The refinement that came out of the cursed shloka was thus “O abode of Mahalakshmi !(Vishnu, of whose incarnation is ‘Rama’), may you be glorified forever and ever because you have been a conduit for bringing an end to attachment in sensuous manner to objects. You brought an end to this crude way of indulging in life beyond needs and for lustful gratifications as motif of life. May you live long! May your glory be immortalised.” Thus absolving Shiva and bringing in ‘Rama’ (Incarnation of Vishnu who is spouse of Lakshmi) in the picture.

Going beyond a little further, this permutation and combination of poetics also includes in itself the art of involving many more unsaid things in limited words and in the rhythmic way.

Mark the first word of this first ‘Shloka’. It is ‘Ta’. It is the first letter of Gayatri Mantra.

The twenty-four thousand verses of the Valmiki Ramayana have hidden, within them, at every thousandth verse, a letter of the Gayatri mantra. Valmiki Ramayana is said to have been composed basing on each of the twenty-four letters of Gayatri Hymn, and a thousand verses are arranged into one book under the caption of each letter. Though that classification or dividing verses into thousand chapters is unavailable now, the twenty-four verses identified with the 24 letters of Gayatri hymn, called as Gayatri Ramayana is available. 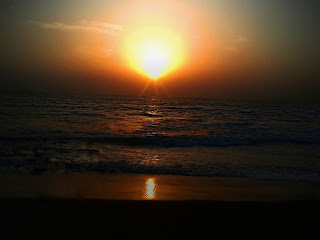 I am, so is World
Bit of truth, a bit of lie
Translucent Image !!

P.S: Linking this post to 'Haiku My Heart at recuerda mi corazon '
Posted by Utpal at 1:51 PM 5 comments: 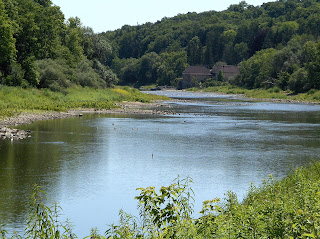 In these changing times
When I sit on river bank
Water taps my head!!

P.S: Linking this post to 'Haiku my Heart at 'recuerda_mi_corazon'
Posted by Utpal at 10:50 PM 5 comments: 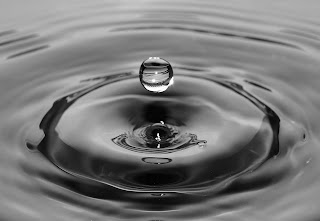 P.S: Linking this write to recuerda_mi_corazon for Haiku My Heart. I am a Blogbuddy with Blogchatter.
Posted by Utpal at 1:36 PM 21 comments: 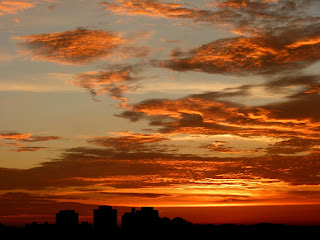 A day of peace
When nothing exist, but we
I, We and the soul!

Wishing all a very happy Navratara!

P.S: Linking this write to recuerda mi corazon for 'Haiku My Heart'.
Posted by Utpal at 2:17 PM 19 comments:

The Blog Chatter – My Journey of Gratitude 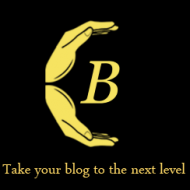 Ah, what a journey through Half Marathon and then #MyFriendAlexa and of course #FriendlyReader. Thank you The Blog Chatter @BlogChatter for creating such a generous platform. Kudos to you for bringing together some most beautiful people to know at on place and this one place is no less than a ‘Creative Earth’.

This Haiku is dedicated to you team @BlogChatter

Fledglings on the ground
Creating, cuddling together
Your harnessing warmth!

I remember how infrequent writer I am. It is more than Seven Years that I started on Blogging and had hardly written enough. I am realizing that I had written only 35 Posts with 203 Comments on my English Blog. I shall try to be a little more regular now onward.

Guess what, among these 35 posts 22 are after my joining ‘The Blog Chatter’. Thank you once again.

Within this journey of few months, I have been busy working on my first Novel (Fiction), but I met with some beautiful people whose presence itself motivated me enough to keep writing for my Blog. The Result – The Novel is searching for its Publishers and my fingers right now typing this gratitude.

The secondary result is the Alexa. Just before joining #MyFriend Alexa my Alea was in some crores and today; while writing this post’; it is 3,526,098 Global Rank. It means a lot and thank you every body for giving my writes your precious time and leaving me with your valuable comments.

Thank you Saumy Nagayach for being stay put with me since my first short story post.

Modern Gypsy! Gypsy! Really. Thank you for giving me such valuable inputs and thank you even more for some brilliant writes of yours. I am sure that I will write a post shortly of my astral occult experiences. Some experience I have written in my Novel too .

Tarang Sinha. Thank you for your time and hope your Novel is doing well.

Tina Basu. Thank you. Hope you are enjoying your Haiku times.

awkwardearthling , Amrita Basu Misra, MPJ, Indu Chibber, Vinay Leo R, Shalini19, Subha Rajagopal, Payal, Deepti, Ambrish Tripathi, Uppal and All, I cannot thank you much. I am because you are.

This write (in Sanskrit) is dedicated to you all (This is about the concept of oneness against duality. This is dealt widely in my Novel)

In this journey I have gone through many brilliant writes. On some I have commented and on some I was not able to comment. They all are brilliant and forgive me for not commenting upon.

The auspicious seasons of festivals are here. I wish all prosperous, Navratra, Deepavali and Chaath.

I am anticipating keeping in touch with you all.

P.S: This write is for #Blogchatter #MyFriendAlexaWeek 4.
Posted by Utpal at 3:16 PM 10 comments: 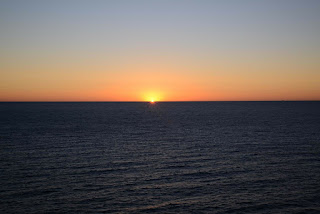 P.S: Linking this write to recuerda mi corazon for Haiku My Heart and also to #MyFriendAlexa Week 4 @BlogChatter #BlogChatter
Posted by Utpal at 11:41 AM 24 comments: